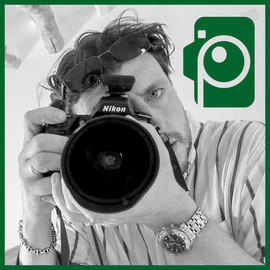 I first met Peter Stephens at the Plymouth Panotools Conference back in 2010. Peter is a versatile photographer, shooting a number of different things, which he will elaborate on a bit in this interview. You can see his work at http://www.peterstephens.co.uk

When did you first become obsessed with photography?
I wouldn’t say that photography is an obsession for me, it is one of many things that I love doing which became my profession. There where photographers in my family when I was young, which no doubt I learnt from. I was given an SLR for one of my birthdays, I think I was 8. From here I collected lenses, then upgraded cameras etc… Oddly I never thought I would make a profession out of it, I don’t remember the thought ever crossing my mind. I didn’t really have a plan for what line of work to go into, music was always a big thing for me… and I used to spend a lot of time doing woodwork, making electric guitars. I assumed I would have done something like that, not photography.

How did you discover 360 photography? When was it and what happened next?
I discovered 360 photography through another photographer local to me who had published some underwater images with an iPix camera. I was some taken back with this, spent some time interacting with them and trying to work out how they where produced. At the time I had a sales job and was dabbling around with web design. I showed a good friend & colleague of mine the images and we decided to invest in an iPix setup to see if any businesses might be interested in using it. Fortunately it was a success, and the camera paid for itself in a short period of time.

The jobs we had also involved still photography, which at the time I was shooting in film. As a photographer I was very frustrated with the low quality of iPix, within a few months ditched that for a DSLR setup and was producing QTVR’s. Though with only a fisheye lens to start off with any other photography had to be shot in film, which was fun 🙂 Going fully digital was a huge jump forward for me, made life a lot more simple. At this point photography became a full time profession for me, around 2004/5. I still enjoy using film when I have the time, but I don’t miss the commercial shoots I did with it.

Since then I have produced thousands of 360vr images, mostly for clients though I do enjoy producing them for myself too. 360vr photography is about 50% of the photography I produce. The rest is commercial still photography, and a few 360 object spins.

Are you a professional or amateur photographer?
Professional.

Do you travel much to do your photography?
Yes all over the United Kingdom and occasionally in Europe. I am based in the South West of England, a fair amount of my work is local photographing properties and businesses.

What kind of photography do you like the best?
I love interactive photography, my favourite type of photography for sure. As with the subject, I really enjoy visiting and photographing properties and old buildings. I also enjoy producing 360vr inside cars and small spaces.

What is your opinion on today’s state of VR? Will VR hit the Mainstream in the next 12 months?
Still photography will most likely always be the most important photographic medium. Virtual Reality is in an interesting place at the moment, with Google’s Street View and 360 Video. Many people have invested in VR equipment recently, sadly though I feel more of a way of building a business offering a budget service rather than quality photography. There are a lot of low quality 360 images out there now. Fortunately not on 360cities though 🙂 I enjoy looking through the images here.

One problem with the increase of people being able to produce 360vr images is that the price one can charge is effected. Sadly there are many customers out there that are enticed by low prices, sacrificing quality which I believe will have a negative impact on their marketing. I appreciate that competition is good, though offering a service at a price which isn’t sustainable as a business is frustrating. Fortunately it hasn’t effected me much yet.

I do believe that camera technology will improve greatly in the near future and most people will be able to produce quality images without much photographic experience. This is something I need to keep an eye on, as I’m sure it will effect business.

Will VR hit the mainstream in the next 12 months? I’m not sure it will do anymore than it is right now really. I hope it will be used more yes.

Who are some of the interesting companies or people who are getting into VR / 360 Photography these days?
I was interested to see GoPro investing in Kolor last year. Weather the current range of GoPro’s are the most suitable camera for 360 video I’m not sure, it will be interesting to see if they come up with a dedicated camera for the medium.

What is your opinion about 360 Video?
I can remember when I first saw 360vr images and my wife saying how cool it would be if it was video, at the time I didn’t think it was possible… but here we are. I do like 360 video and have produced a couple films in the past, but it is not something I will be investing in at the moment.

How do you think our panoramic medium will evolve over the next years or decades?
Mostly I see camera technology improving greatly, resulting in much less skill required to produce quality imagery. Personally I would like to invest more of my time in producing images of artists & craftsfolk at work and spherical gigapixel images, when I get the time 🙂