We have an interesting perspective here at 360cities on what people call “VR”. Because we have been, like, totally all over VR for ages. I mean ages. Don’t believe me? Let’s take a trip in the Wayback Machine!

I can almost hear myself muttering that as I don my stovepipe hat and gallop away on my steam-powered penny farthing, or something.

Anyway, we didn’t keep that dreadfully last-century phrase for long. By October 2007 we were “the World’s fastest-growing Virtual Reality network, now with 28 cities and over 3,200 virtual reality panoramas”.

And then in November 2008 we were doing basically what we are doing now – bringing interactive, panoramic photography to the mainstream. 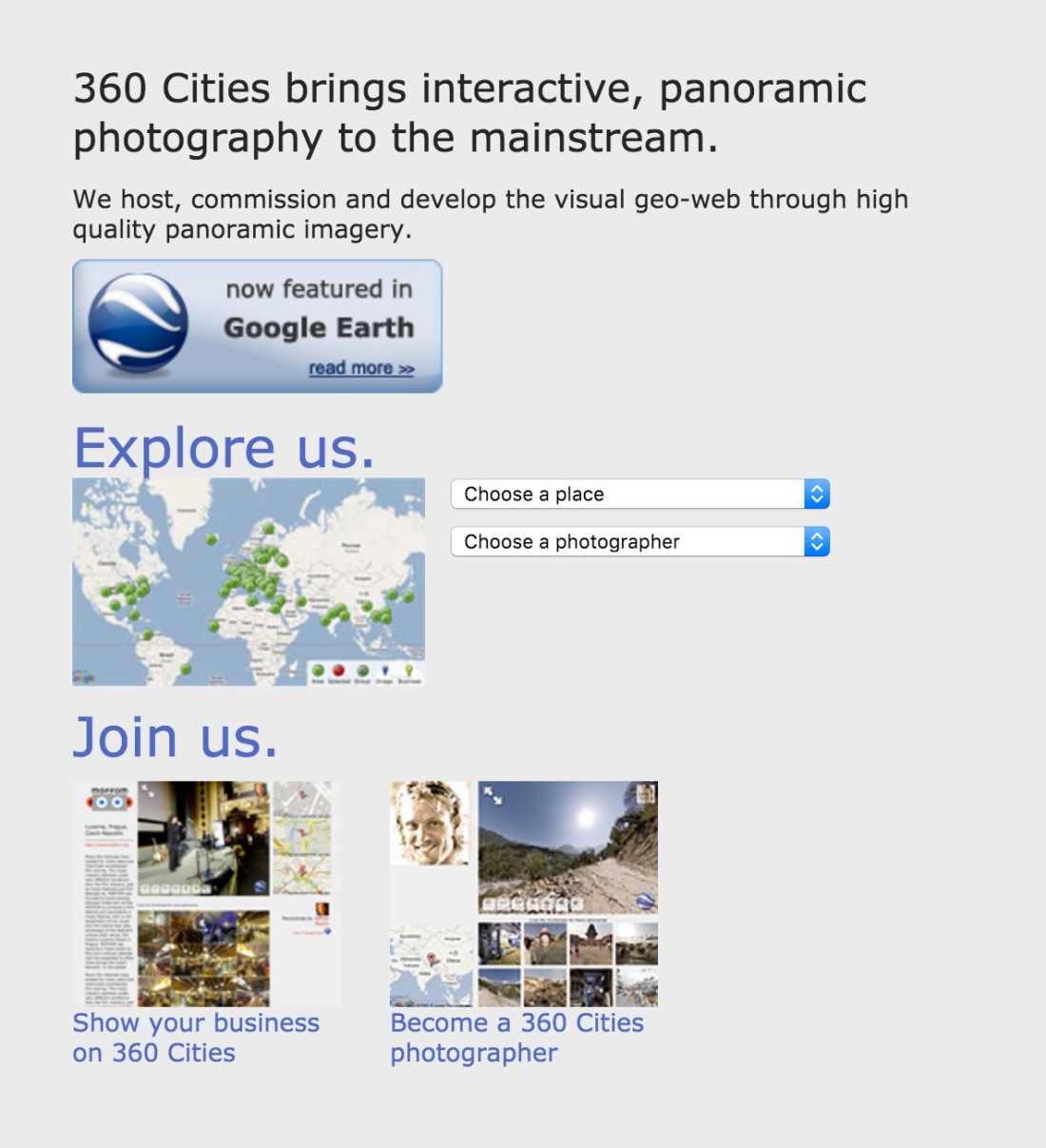 One thing is fairly clear though – we started out calling ourselves “Virtual Reality Photographers” and then kind of gave up on that because, well, no one know what the hell that meant.

Mind you, Google Streetview had only just barely started to exist at this point also, and it was still years away before dead bodies started showing up on their Rio images. All to say that in 2007 and 2008, people didn’t know that 360 photography existed at all, and didn’t know what it was good for, and sure as hell didn’t know what “virtual reality photography” was either. And it can be hard to sell something to people when this is the state of things….

And this is all a roundabout way of saying “yeah we’re gnarled grizzled veterans who have been keeping the VR flame alive since the dark times of the beginning of this century”. Which brings me to the question that is this blog post:

Where is VR going now, and is it going to finally hit the mainstream… finally?

This thing we know as Virtual Reality somehow became a thing again after a long period of being kind of forgotten as an embarrassing fad in the 1990’s, something that was interesting, but clearly not ready in any way.

What changed? The commoditization of mobile hardware, making all the necessary parts cheap; and, John Carmack, who, realizing that Palmer Luckey was onto something, especially with Samsung ready to get serious, jumped on board as Oculus CTO, instantly giving Oculus a kind of god-like status, and instantly making the entire medium of VR legitimate again.

But Oculus hasn’t actually released any of their own hardware yet. They have worked closely with Samsung, who have released the Gear VR “powered by Oculus” and it is a magnificent piece of hardware, and it really works.

And the kicker? One of the most awesome things in VR is 360 Photography! 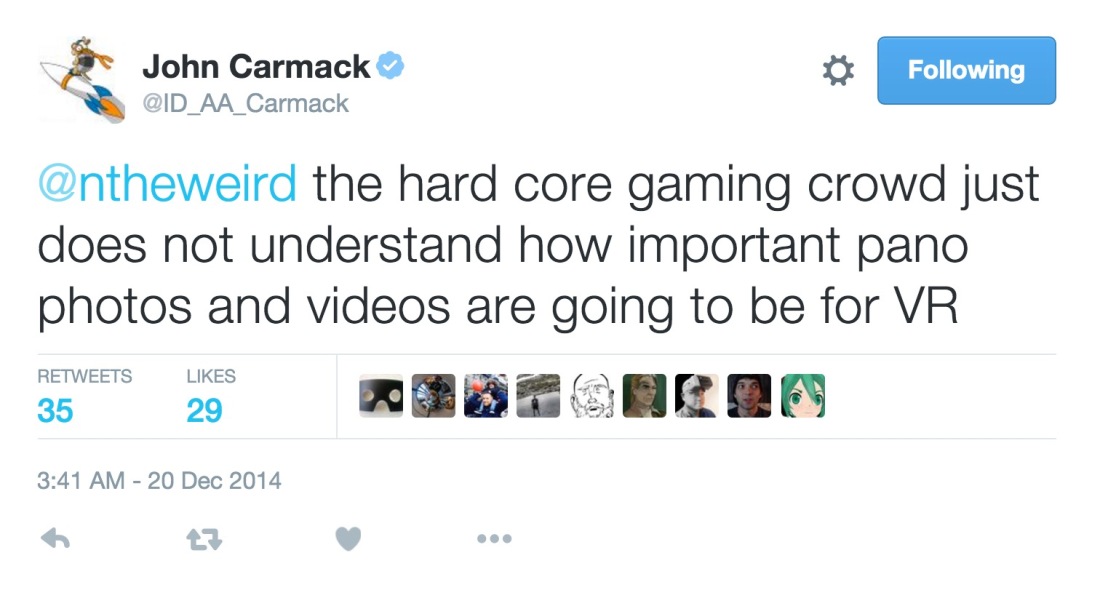 The chicken and egg problem with VR today

Meanwhile, Oculus has been taking their time – longer than people thought – to release their consumer hardware, partly for this reason. They have been developing and nurturing the ecosystem of VR developers and software so that there is at least something to do when you put on a VR headset.

At least 360cities has been collecting 360-degree photography for ages, so we have a lot of interesting content that already exists 🙂 But other stuff has to be developed from scratch. Some games have been rewritten / adapted for VR, with varying results (such as Temple Run, which is perfect for VR with some people, and with other people it is the most vomit-worthy thing you could possibly play in VR). And of course there are a multitude of 360-degree cameras being developed, including Sphericam (founded by this author), Bubl, 360fly, Giroptic, Jaunt, Nokia Ozo, and others.

And there are more VR headsets coming out this year besides the Oculus Rift, including the HTC Vive and Sony Playstation VR, as well as a few well-funded chinese ones.

So…. is 2016 the year that VR finally hits the mainstream? Maybe, almost. 🙂 Considering that most people have not even heard of VR headsets yet, it honestly seems like a bit of a stretch to say that it will manage to completely envelop popular culture in the span of a year, when it is still essentially at nearly zero. But it is possible. By the end of 2017? I absolutely do think that by that time, most average people who are not living under a rock will know about VR and will want to try or buy a VR headset.

So yes, it is coming. It might not happen as quickly as we’d like, but we’ve already been waiting for a while, and it’s going to happen sooner or later.