This week has seen some pretty significant news about VR. 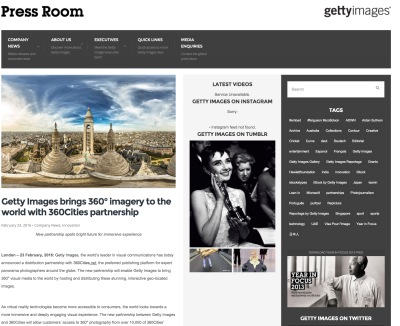 First off, on our own turf, Getty Images has announced the licensing partnership with 360cities. This is tremendous news for us, and all indications point to this being a really fruitful partnership for everyone involved – the companies and all the 360º photographers of the world. Getty Images is the largest photography licensing company on the planet, and when they are selling 360º photography to their massive pool of clients, they will be offering panoramic photos from us! This deal was years in the making and to see it becoming real now is really a moment of honor for everybody.

Mark Zuckerberg is the VR Boss

Yes, it is a brave new world 🙂

At the Mobile World Congress, VR has continued its white hot dominance of the tech industry. It is very clear that many of the world’s largest tech companies, from Facebook and Google, to Samsung and LG, are going “all in” on VR.

Zuckerberg really wants to build VR deep into the Facebook experience. He truly believes it will become a dominant platform, as described in this article in USA Today.

Everyone in the 360 video / VR world knew this was coming (once you’re in the inbred, gossipping inside of an industry, I guess there are lots of open secrets flying around that everyone talks about in hushed tones whenever they meet in person or speak on the telephone, but you’ll never find published online anywhere until the news officially breaks…. (and yes there are other 360 video cameras coming as well, from other big players). Finally it is here, or at least, it is announced to be on the store shelves in “a few months”. Behold, the Samsung 360 video camera. It is the size of a tennis ball, it has two lenses each shooting a full hemisphere of video, resulting in 4K 30FPS video output with h.265 compression onto a single removable memory card. While this camera is nowhere near as cool as the Sphericam 360 camera (disclosure, I’m the founder), it still looks pretty good. Check it out:

This camera looks so much like the Ricoh Theta that I think they must have licensed many of the patents around the basic mechanical and optical design of the Theta. Anyway, here it is: 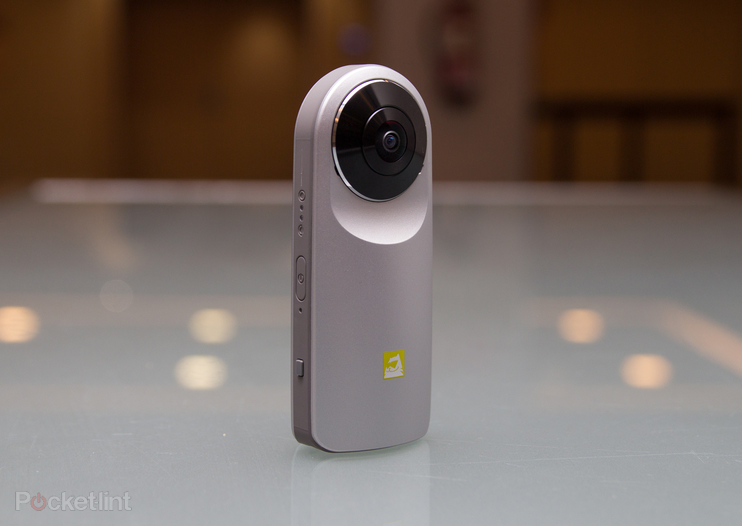 Just for reference, here is the Ricoh Theta: 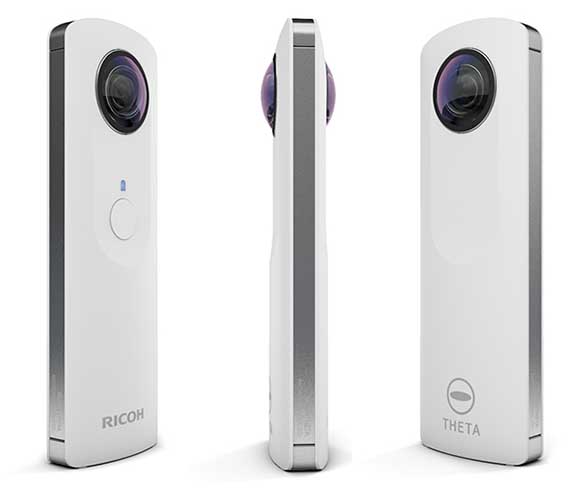 If you don’t know about optics, I will point out that fisheye lenses that have the kind of field of view needed for this camera, will need to be very long. There is no way to put two fisheye lenses back to back as these cameras are doing without some tricks. What they are doing is folding the lenses 90º and using a prism inside, orienting the CMOS image sensors above and below the lenses themselves. It is a very smart way to get the lenses much closer together than would otherwise be possible.

The LG 360 camera will only shoot 2K resolution video, and personally I just don’t see the point in that. It is not enough resolution for any satisfactory result. So, I would avoid such a camera entirely, it’s just not worth it. In any case, it is great to see yet another big company taking this medium seriously – that can only be a good thing!