Virtual reality works for games. But what about real life?

Earlier this week, Recode’s Mark Bergen became a football quarterback and The Verge’s Lauren Goode flew through a building.

These things didn’t really happen, but they sure felt real — and that was the point. Mark and Lauren were visiting Stanford University to better understand virtual reality. You can see what they saw on our Facebook page; they also played hockey, swam a coral reef sans scuba gear and walked a plank over a perilous pit.

How Virtual Reality Will Impact Businesses In The Next Five Years 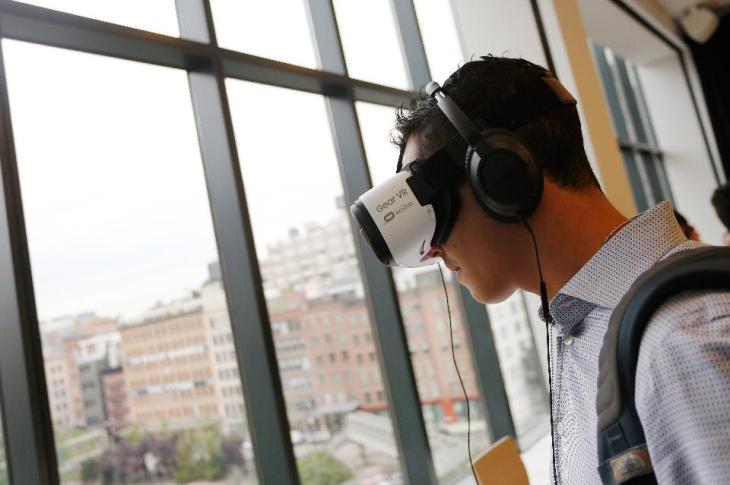 Although not yet in the hands of everyday consumers, virtual and augmented reality are gaining traction.

From the Oculus Rift becoming a well-known name to other products showcasing at major conferences, VR and AR are finding their place in the market. And from virtual meetings to robust new ways of prototyping, both have the potential to impact the business world in the near future.

Consumers have overwhelmingly positive feelings about virtual reality (VR) and the brands that use it, according to a new study by Greenlight VR cited in Adweek.

Ever since United and Continental merged in 2010 to create the world’s largest airline, Daniel Cuellar’s department has been hard at work creating a swanky new business class called Polaris. It’s a rarified preserve in the front of United’s Boeing 777s complete with 16-inch high-definition screens at every seat, lobster on the menu and flat beds fitted with Saks Fifth Avenue sheets.

Virtual Reality Is Coming For Weddings

Destination weddings can be fraught with guest-list politics. Do I have to invite my second cousin’s inappropriate girlfriend? I’m inviting my high school best friend, but only because I’m sure she’ll decline. But now, literally anyone can attend your wedding—virtually, at least.

“Everyone always tells you, When you’re planning a wedding, it’ll fly by, be sure to enjoy it, and I knew they were right,” says Will Goldstone, who had his London nuptials recorded with a Kodak SP360 4K Action camera. “A 360 video allowed us not only to capture that viewpoint, but also to see guest reactions and the atmosphere in a way that would never be possible with ordinary video.”

You’ll be prepping for your next job interview in VR

Imagine a VR simulation in which you can speak in front of an audience of thousands of people shuffling in their seats. All of those faces in front of you may not be real, but the 360-film footage and audio will trick your brain into firing up all of those familiar nerves, invoking what the VR industry is calling “presence.”

What’s it like to use VR on magic mushrooms? 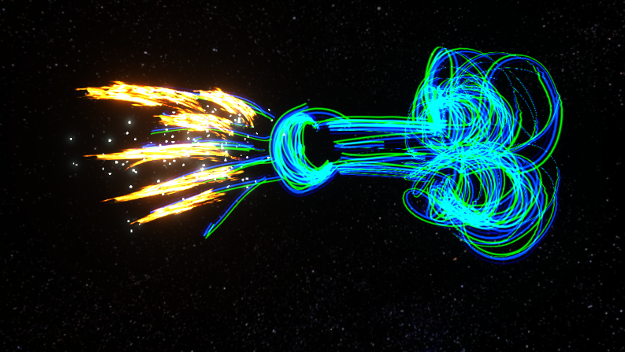 Tucked away in a finished basement, I’m watching her trek through her ownvirtual reality. I’m there to watch over her and keep her safe because she’s just taken a few grams of psychedelic mushrooms.

For as long as dystopian cyberpunk has been a thing, virtual reality has been looming over us as one of many future-bound apocalyptic scenarios. The story goes that virtual spaces will be so much better, so much more satisfying than reality that we’ll simply cease to be people. As with any mind-altering tech, though, there’s a wave of people hoping that this tech will enhance their life. Taking cues from earlier movements, these neo-psychonauts are the first wave of explorers, hoping to find pieces of themselves scattered across hallucinogen-augmented virtual landscape.

With no way of generating resistive force feedback with today’s VR motion controllers, how can we make users feel and behave as though virtual objects have varying weights? Creative agency B-Reel explored several approaches and open sourced their experiments for others to learn from. 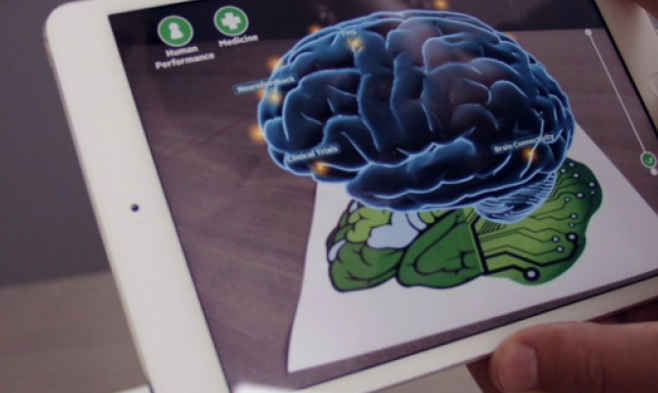 Virtual and Augmented Reality technology has entered many markets beyond just gaming . VR and AR can be used as education tools for children , which is currently a less explored market but has a great scope. Making learning and education a bit more interesting and fun wouldn’t hurt no one !

So here are some really good AR | VR applications you can use for an interesting learning experience for your children or yourselves ..

Eyes of the Animal lets you become a bat—in VR

Virtual reality may have launched with gamers in mind, but so far the most interesting applications for the technology have come from outside the games industry. Case in point: Marshmallow Laser Feast’s In the Eyes of the Animal, a VR experience showcased at this year’s Sundance film festival, which showed what it would be like to see and hear a forest through the eyes of its fluffy (and not so fluffy) inhabitants.