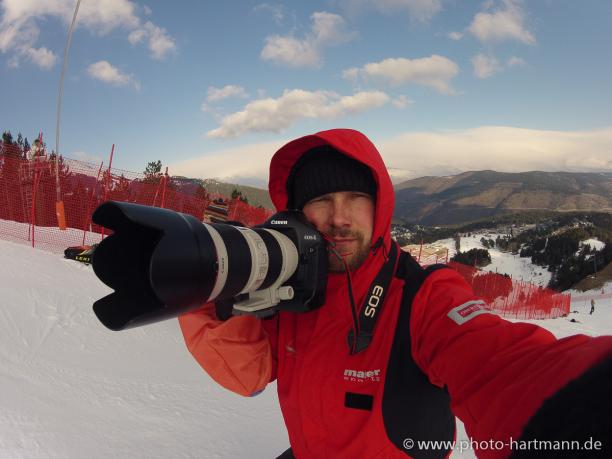 Marcus Hartmann has been a friend since we were introduced by fellow panorama guru Traugott Emrich. Traugott is the guy who built the Gigapanbot, which was my go-to solution for shooting gigapixels for a few years. The trouble with shooting gigapixel photos is that after you have shot a few thousand pictures that need to be joined together, most computers, even the ones that would normally be considered “workhorses”, are simply not going to work very well. So Traugott introduced me to Marcus Hartmann who worked at Fujitsu. In the workstation department. With computers containing 192 Gigabytes of ram. Yes, that is right, 192 Gigabytes. I can hear your nerd whistles going off from here. So I of course had to meet Marcus and try this out. The Fujitsu Europe headquarters is located in Augsburg, near Munich, about 4 hours drive away from Prague. Marcus and I hit it off – he’s also an avid panorama photographer, as well as a really talented sports photographer, usually oriented towards the paralympics. Since meeting for the first time we have met a number of times both in panoramic photography oriented events, and otherwise. Here is is personal website: http://www.photo-hartmann.de/

2002… I started as a music and band photographer. Before I was doing live band lighting and live video performance. Later I focused on sports mainly motorsports, alpine skiing and athletics. Other obsessions? Definitely! I am Vespa rider. I own three old Italian originals from the 70s and 80s, that I rebuild myself.

How did you discover 360 photography? When was it and what happened next?

While I was working in the product management of workstations at Fujitsu I came across Hugin, a free panoramic stiching app. The strong CELSIUS workstations worked nicely with this cool software. I shot my first panorama in Dresden/Germany during a computer simulations tradeshow in 2008. The demo equipment was already in place and had great demo applications for fast data processing. Some weeks later I got in contact with Traugott Emrich who is living close to my hometown Augsburg. We had some beers and discovered new ideas how to shoot highresolution gigapixel panoramas. Traugott mentioned a guy from Prag who was shooting a massive amount of photos in London with one of his selfmade panorama robots (GigaPanBot). The problem was, he did not have the compute capacities to process the data. One day later I got a call from Jeffrey Martin, the founder of 360cites. In 2010 I built the first CELSIUS “Monster” workstation with whooping 192GB of RAM, 32 CPU cores and 8 disks. London 80Gigapixel became a world record.

Are you a professional or amateur photographer?

Do you travel much to do your photography?

Yes. My next big trip goes to the Paralympics in Rio in 2016.

What kind of photography do you like the best? and of what kinds of things?

I am a hunter style photographer since my beginning in 2003. I rarely organize shoots or scenes. I like to anticipate and wait for the right moment. I shot sports, fast action and strong characters.. I love fisheye lenses and shoot spheres from high poles.

What is your opinion on today’s state of VR? Will VR, as we know it now, hit the Mainstream in the next 12 months?

First I would like to separate VR into two different categories: Virtual reality and spherical content. VR, in the world of professional computer aided design, is a tool to visualize 3D scenes for reviews. Realistic scenes, products and models will be rendered on high performance computers with big graphic cards in realtime. In the mechanical design industry we can find 3D visualizations since a couple of years now. The power walls and projection caves in the automotive industry are a very good example. Stereoscopic displays and Stereo projections have been also very popular over the last 10 years. Stereo was also introduced to the gaming software industry some years ago. 3D-Gaming is very similar to 3D-Design, the only difference is quality and size. Games provide a wider range a variants and scenes, while CAD is focused on the best visual quality and high amount of details. Both, players and engineer are “working” in the 3D space. Since Oculus Rift is available, software vendors in both markets are integrating this technology. The calculations power of currents graphics hardware can satisfy gamers but not designers. They need greater detail and visual quality. Spherical content like panorama photos and 360 degree movies, are recordings of the real world. Most people call it VR (virtual reality) even it is not virtual! You can just “walk” on the timeline and turn our heard around. Spherical photos are great fun to shoot and to view. They can give you a immersive view of a real scenery. Watching gigapixel panoramas is even greater and you can discover so many things on such huge photos. But, hey you can not modify or change anything like you do in a game. No tools, no different viewpoint, just watching. VR for designers will stay the high end technology. I don’t think it will go mainstream ever. There is too much complexity in it. VR as we see it in computer games, panoramic photography, gigapixels and virtual tours are mainstream already. Since google streetview, most people know this kind of interactive images. 360video cameras for consumer are already available. The GoPro Rigs address professionals, but they need quite some post processing and adjustments. Theta S, Keymission360 or 360Fly can be used without processing. This is game changer and open the door to the consumer market. It has the potential to become a hype like action cams and selfie sticks. As Facebook and Samsung are pushing their products now, we can expect greater visibility for that kind of media and imagery. We still need some time to develop distribution channels for professional content. I don’t think 360video is going Mainstream in the next 12 month.

Who are some of the interesting companies or people who are getting into VR / 360 Photography these days?

When Kolor joined the Gopro family I was thrilled.  Lets see was they will come along with. Facebook/Oculus and Samsung are about to push the market heavily. The GearVR as giveaway with Galaxy S7 is statement. Ricoh did it right with Theta, the first versions of the cameras are promising. But the resolution and quality is poor when you compare to GoPro rigs. Nikon can change a lot with their development resources and set a new level of quality and features with KeyMission360. I hope that Sphericam can beat the Nikon. The body design has already beat every other camera. Every company that focuses on content creation and distribution will be interesting.

What is your opinion about 360 Video?

Well, I would love to see 360video becoming more relevant in the future. I am not sure if it will be a success. Stereoscopic 3D made it into consumer TVs and now it seems to disappear. I wonder who will be the first company that enables 360 live video in their instant messaging.

As a pioneer in building the equipment that panoramic photographers use, what kind of trends have you noticed in the last years / decade that might not be obvious to other people?

There are some really bulky panorama heads out there. The first panohead I have every seen was the Manfrotto 303. Compare this massive device with the well build Bushman tools! After some DIY heads, I purchased  a Nodal Ninja Ring Mount + R1 Rotor for my Sigma 8mm fisheye. I am still using this head with a Canon 8-15 fisheye. If I was on a mirrorless camera, I would pick a head from TomShot360 plus a Samyang fisheye lens. In a nutshell, panoramic equipment hat to be simple, robust and small. For 360 video I found the Elmo Qbic panoramic rig with very interesting. It’s a pity, that its not very robust and has no option to sync frames and settings. Here is a great concept of a 360 ball camera: http://www.serveball.com/ Looks like many others are working on the same concept. At fmx2015 I met a guy from Belgium, Philippe Bekaert. He was showcasing a selfmade 360 camera rig and processing unit for realtime stiching and depthmap. Sadly he did never offer a commercial product. Here you can find a 360video he shot in 2011: https://vimeo.com/22985765

How do you think our panoramic medium will evolve over the next years or decades?

I hope it will be part of our daily life. My dream is a life stream directly into a HMD.

One thought on “Interview: Marcus Hartmann”