Google built a spatial audio kit for games and VR

Immersive audio is particularly important in an era where games are mainstream and virtual reality is quickly catching on, but there isn’t a common framework for it. What works on your PC may be useless on your phone. Google wants to fix that: it’s launching Resonance Audio, an open source developer toolkit that brings spatial audio to games, VR, AR and 360-degree video across many devices and platforms: Android, iOS, macOS, Linux and Windows are all covered. The technology borrows from Google’s VR Audio kit to spatialize “hundreds” of 3D sound sources in real time, even on low-powered hardware like your smartphone. And depending on where it’s running, it can even produce clever effects with a relatively low performance hit.

Seven years ago, when Rachel Kolb was 20, her friends pitched in to help her learn how to hear music. She was born profoundly deaf and had recently received a cochlear implant to give her partial hearing. “They were so gracious — they made a playlist and annotated it: At this time in the song, it’s this instrument coming in,” she recalled. “So I learned to recognize, oh, that’s a piano, because my friend wrote down, ‘At 35 seconds the piano starts to play.’ ”

How a Kansas University Uses InstaVR to Publish Cross-Platform Apps Quickly & Easily for their History, Forensic Science, and Business Classes

Dr. Anna Catterson’s research focuses on the intersection of instructional design and new technologies. So it’s not surprising she was intrigued when she first tried the Oculus Rift VR headset, a year and a half ago at KU Medical Center. She immediately recognized the opportunity for faculty and students alike to create engaging and educational VR content at her school, Emporia State University. But she had to identify the right technology to make this plan feasible.

WHAT’S WRONG WITH VIRTUAL REALITY IN 2017? 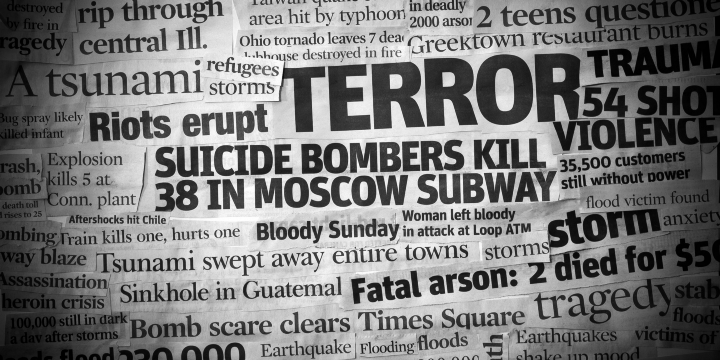 It’s happening again: A company goes cold on virtual reality.
According to Polygon, CCP Games, developer of space combat game Eve: Valkyrie and the massively multiplayer game Eve Online, is reorganizing its global studios. The studio said the move is the result of a reduced investment in virtual reality.
And, this is not the first time.
We have heard before how…

Linus from Linus Tech Tips is a popular YouTuber who reviews the latest tech and gadgets available on today’s market. With his deep insightful knowledge about computer hardware and software, he was invited to try out and review the Pimax 8K headset.

Lessons and horror stories from the frontline of VR

Out of everyone at Phaser Lock Interactive, Michael Daubert is the most sensitive to motion sickness. So more often than not, the chief creative officer finds himself playing the role of guinea pig when it comes to testing virtual reality games.

WANT TO REALLY TEACH A ROBOT? COMMAND IT WITH VR

DO ME A favor and grab and object near you. Anything will do. Even if it’s something you’ve never handled before, odds are your brain automatically worked out how you should grasp the thing and with what force. It’s the kind of clever dexterity that makes you human. (You are human, I hope?)

3 Ways to Increase Mobility and Maximize Your VR Workouts

At VR Fit in Columbus, Ohio, I do my best to label games as lower, more moderate, or higher intensity experiences, but always with a caveat. VR games can rarely push you to any given level of exertion. Instead, VR fitness will only push you as hard as you push yourself. One person could play a “higher intensity” game like Bitslap and another a “lower intensity” game like Fruit Ninja, and the person playing Fruit Ninja gets a better workout because the first person wasn’t pushing themselves and the second person was.

As a concept, Virtual Reality has been around for years. But as a reality, it has only recently started to make inroads into the consumer markets. Once the stuff of science fiction, it first appeared in the real world as military technology for combat or specialized, hi-tech training. And much of it was enshrouded in secrecy.

Mixed reality is the future of computing?

Alex Kipman knows what hardware is. By joining Microsoft 16 years ago, he was the chief inventor of over a hundred patents, including innovative motion detection technology XboxKinect, which paved the way for some of the functions in his latest creation – a holographic 3D headset called HoloLens.